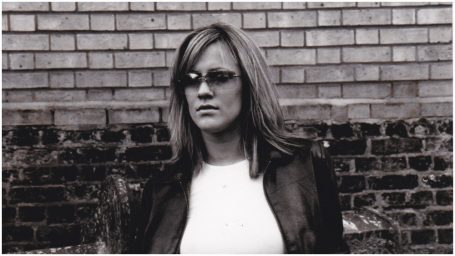 The pandemic has hit the supply of new shows in the factual and documentary space, as it has in the scripted arena, attendees of the virtual edition of TV conference MipTV heard Friday.

During his presentation on trends in unscripted content, David Ciaramella, communications manager at research firm K7 Media, said: “There have been few new shows really taking the industry by storm so far this year. Disruption caused by the pandemic is well-known and well-documented in the world of scripted television, but factual and documentary producers have also been affected.

“Bans on travel have meant that wildlife filmmakers are unable to travel to lands a far, whilst access series have struggled to be granted that all important … well, access.

“Most of the programming we’re seeing now has been in development since before COVID-19 swept the globe, and has been held back until the spring season for maximum sales impact.”

On the bright side, he said, there’s been some serious investment this past year from the likes of Netflix, Discovery Plus, YouTube and Sky, “all of whom are bolstering their factual slates in order to counter the scripted lull.”

There have been plenty of documentaries and factual programming about the pandemic across the world. “Those that are breaking through the noise tend to capture the real world impact of the pandemic on people, businesses and communities,” he said, citing as an example eOne’s “London Zoo: An Extraordinary Year,” which focuses on the impact that the situation has had on endangered species, and the people trying to save them from such a fate.

Another example is “Cape Town, Gang Town, Lock Down,” aired by the Netherlands’ VPRO, which looked at the effects of the virus on the poorer communities in South Africa.

“While people are more than accustomed to their own, and the more affluent members of society’s lock-down habits, taking the time to show how the situation is unfolding in different areas around the world will be something viewers will gravitate more towards,” he said.

However, during his presentation, Ciaramella didn’t focus on pandemic shows or usual audience favorites like true crime, but on shows that fell under three headings: “Speak Your Truth,” “Seek Understanding,” and “To Dream.”

With regards to the first of these, Ciaramella said: “In the age of post truth and fake news, it’s perhaps somewhat refreshing that we find producers and celebrities alike wanting to set the record straight following years of misinformation and headline grabbing falsehoods.”

He said that for many celebrities, “the chance to speak their truth, to go beyond the headlines, to reveal their true selves and past traumas is too important an opportunity to miss.”

Most prominent among these shows was the Oprah Winfrey interview with Meghan Markle and Prince Harry, “a landmark moment in which the couple have grappled to regain control of their private lives and of public opinion.”

Another example is Telecinco’s biographical documentary series “Rocío: Tell the Truth to Stay Alive,” in which Spanish socialite Rocío Carrasco opens up on the last 25 years of press scrutiny. Over 13 episodes, she addresses issues such as her supposed abandonment of her children and the alleged psychological and physical abuse she suffered at the hands of her ex-partner.

Moving to his second heading, “Seek Understanding,” Ciaramella said that the mental health emergency has been a key theme of many new documentaries, such as Channel 4’s documentary “Caroline Flack: Her Life and Death,” about the British TV host who took her own life due to mental illness. The show raises questions about the part played by the press in the tragedy.

Ciaramella said sustainability is another area of focus both on screen and backstage, with greener production increasingly being spoken about across the industry. It was the central premise of Netflix’s “Down to Earth with Zac Efron” in which the actor journeys around the globe with a wellness expert uncovering healthy and sustainable ways to live.

BBC Studios is a strong player in this space with shows like “The Green Planet,” in which David Attenborough seeks a new perspective on the lives of plants.

Another example is Silverback Films’ “Earthshot: How to Save our World,” linked to the launch of Prince William’s Earthshot Prize, which is designed to incentivize change in the battle to repair the planet by identifying solutions to the world’s biggest environmental problems, such as cleaning the air and reviving the oceans.

Finally, moving to the heading “To Dream,” Ciaramella observed that aspirational shows are much in evidence. Examples include two shows in the Beyond Rights catalog, “Kathy Burke: All Money,” and “Billion Pound Cruise,” a series about life on a luxury cruise ship from James Corden’s company Fulwell 73 Productions. Another example is “Sally Lindsay’s Posh Sleepover” on Channel 5 in the U.K., which sees Lindsay staying at some of Britain’s most luxurious homes.

Shows about love are another “remedy to the somewhat gloomy times we’re living in,” Ciaramella said. One example he used was “Let the Rest of the World Go By,” which aired on Ireland’s RTÉ. This show, produced by Angelo Films, presents the life of an elderly man who wishes for a companion to enter his life. Another was “That’s Love!” from Belgium. The show, produced by Shelter and distributed by Be-Entertainment, focuses on social experiments aimed at highlighting the powerful emotions love can evoke. “Belgium and the Netherlands really are the home of light-hearted pop science formats right now,” Ciaramella said.

This article was first published on the Variety website, authored by Leo Barraclough.