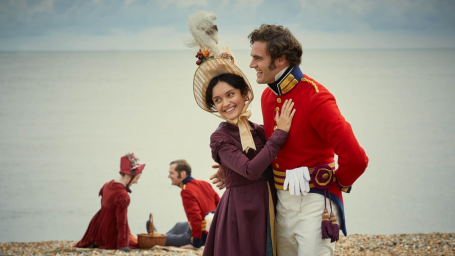 From Patrick Melrose to Vanity Fair, TV series based on books are driving the drama boom. Simon Shaps investigates.

The best-selling American novelist Jonathan Franzen is, as it turns out, no enemy of television. In 2001, having initially criticised Oprah Winfrey and her hugely influential TV book club – claiming that she had no literary taste – Franzen accepted her selection of his novel The Corrections for the book club. The Winfrey endorsement was helpful. The Corrections went on to sell more than 1.5 million copies.

And, like many other authors who had always turned their noses up at TV, Franzen began to wake up to the strengths of drama series in the era of “peak TV”, championing programmes such as Friday Night Lights, The Killing, Orphan Black and Breaking Bad. I have not met a writer, particularly a male writer, who isn’t a fan of Breaking Bad.

But then came Franzen’s moment of truth. What would television do with his novels, other than simply endorse them, so that people could read them for themselves?

The answer seems to be that his “ambition”, revealed in his New York Times interview a couple of months ago, has been fulfilled. To date, his novels have, indeed, defeated all attempts to put them on screen.

An HBO adaptation of The Corrections got to a pilot, but then wasn’t picked up. More recently, TV development of his fifth novel, Purity, set up at Showtime, seems to have stalled, despite many scripts, the involvement of the normally unstoppable Scott Rudin, and the attachment of Daniel Craig as lead.

Franzen’s experiences with television are by no means unique. For every John Le Carré – with successful BBC adaptations of many of his books in the 1970s and, more recently, of The Night Manager – there are many, many more authors who try and fail to get their books developed for TV. Or, perhaps worse, fail at the end of a long and tortuous development process.

And yet we are not merely witnessing a golden age of television drama, we are witnessing a golden age of adaptation. For all the failures, the stalled or seemingly interminable development work, the polite rejections from broadcasters (perhaps citing a policy decision the pitch has unwittingly breached – “too much period”, “too many Russians”, “no more dystopia for the time being”), adaptations are delivering.

From Big Little Lies to Patrick Melrose, The Handmaid’s Tale to American Gods, more and more of the most critically acclaimed, talked-about TV is based on books. Novels dominate, but there is a growing appetite for non-fiction titles.

A recent example is John Preston’s A Very British Scandal, the source material for BBC One’s destined-for-awards dramatisation of the Jeremy Thorpe scandal. There are countless other “based on a true story” productions, many with a strong bias towards crime, as well as large doses of epic history.

And we can add new and powerful adaptations of the classics: Howard’s End, Vanity Fair (a judgement based at the time of writing purely on the weight of promos in prized slots during ITV’s World Cup coverage), Women in White and Parade’s End. And then, as it draws to a close, there is the mighty, all-conquering Game of Thrones.

Statistics on this phenomenon are hard to come by, but research conducted by K7 media, the international media consultancy for television, tells a fascinating story. K7 analysed more than 300 new drama series launching in the UK and US between Jan 2016 and June 2018.

In that period, almost one in three of the shows launched, 31%, were based on books.

One more number to note: last year, more than half, 52%, of new SVoD scripted series were based on books. Moreover, those figures do not include the many series based on articles, particularly long-form journalism, which often form the basis of a book the author is in the process of writing.

The K7 numbers, of course, represent a rising percentage of a larger pie: the number of drama series launching each year has been growing across all platforms in both US and UK markets.

Small wonder, then, that the demand for “hot” new titles among producers is greater than ever. Last year, UK television experienced a bidding war for the rights to Naomi Alderman’s The Power, a dystopian work dedicated to Margaret Atwood. Eleven UK production companies bid for the book, with the rights won by Jane Featherstone’s Sister Pictures. While television has some way to go to match the $5m paid recently for the film rights to David Grann’s Killers of the Flower Moon, sums paid by television companies for options are rising: £50,000 to £60,000 for an 18-month option is not unknown.

Given that the average published author earns less than the minimum wage, these sums matter to them. They also open up the prospect of really life-changing sums if the book makes it to screen, particularly if it becomes a long-running series.

There is a simple explanation for the rising number of adaptations. Books are a treasure house of material for a TV writer: they supply plot and character, tone of voice and world, and, usefully, dialogue.

A writer once told me that, having been hired to adapt a book only to be replaced by another writer, the few words of dialogue to make it to screen from his version of the script were lifted verbatim from the novel. He was still paid handsomely for his efforts.

Given a choice between a blank page or a book to build on, the book often wins out. So, the doyen of adaptations, Andrew Davies, can move at what feels like lightning speed, particularly for a man in his eighties, from War and Peace to John Updike’s Rabbit novels, taking a quick detour to adapt Jane Austen’s unfinished Sanditon.

Critically, these are authors and titles that broadcasters can sell to audiences. With the almost infinite viewing choices that audiences now have, these are titles that – to use the vogue phrase – “cut through”. To service this demand, increasing numbers of UK producers now employ specialist book scouts, many with experience of working in publishing, to try and identify suitable titles, often pre-publication.

Among the platforms, Netflix has gone one step further, employing the respected literary scouting agency, Maria B Campbell Associates, to buy books direct, rather than wait for producers to knock on their door with a stack of acquired titles under their arms.

And yet, despite all of this, as Jonathan Franzen suggests, adaptation can be a tricky business. Novels, not just literary fiction, are brilliant at capturing the interior life of characters, with plot sometimes secondary to that mission – but TV consumes story. Sky’s Patrick Melrose may be the most extreme example in many years of a TV series that succeeded, despite the novels’ limited plot and the notorious difficulty of making addictive behaviour and mental collapse watchable. For that, Benedict Cumberbatch deserves enormous credit.

There are no reliable figures on the ratio between books optioned – which generally give a producer at least 18 months’ exclusivity to develop the material for television – and series produced. My guess is that authors stand no better than a one in 10 chance of their work ending up on screen, once it has been optioned. So there is something in Franzen’s caution, and his desire to protect the magic of the written word.

It just happens to be the case that we are now living in an era of insatiable demand for material, for the stories gifted authors tell.

This article was first published in Television magazine and has been re-published courtesy of the Royal Television Society.

Simon Shaps is the founder of Simon Shaps Ltd. He also works as a TV and film consultant for the literary agency Georgina Capel Associates.