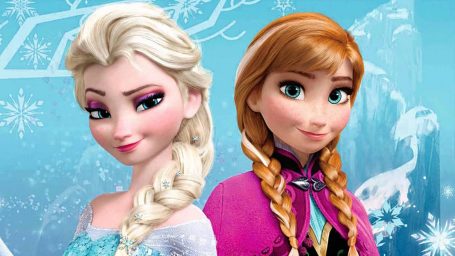 The domination of Netflix and Amazon the global OTT space has – to date – remained uncontested.

Though a plethora of subscription services have sprung up in their shadows, serving up video covering niche areas of interest from arthouse cinema to all things equestrian (see HorseLifestyleTV), the ‘mainstreamers’ have enjoyed unprecedented growth free from concern that their subscriber numbers will do anything but continue to increase. Disney’s forthcoming OTT service may change the status quo.

Launching autumn 2019, initially in the US, before rolling out the UK and onto other territories where existing deals around IP have concluded, the unnamed platform sees Disney directly attempting to “…contend with disruption in the most effective possible way….participating in the business that is doing the disruption,” according to CEO Bob Iger. It’s a bold position, but if any media player has the ability to disrupt the disruptors, it’s the House of Mouse.

Iger’s team has of course already long been in preparation for its OTT future. In October 2015 it launched the DisneyLife service in the UK, followed by a short-lived release in China which was swiftly curtailed by SAPPRFT (China’s regulatory body at the time). Launching with a somewhat troublesome app, a library limited to just the Disney / Pixar catalogue and an initially eye-watering price point of GB £9.99, made for a hard sell. However, a swift reduction in the monthly fee to GB £4.99, followed by a round of bug-swatting, made for rather a compelling offer; particularly for parents regularly shelling out hard-earned cash for DVDs of Disney’s classics.

Without doubt, brand equity is Disney’s trump card as it prepares to enter the market. Commanding assets from across its portfolio — including its own much-loved archive, Marvel, Lucasfilm, Pixar and of course Fox —the new service will combine Disney’s ‘pay window’ movie slate, plus its vast archive, alongside original movies and series that squeeze maximum value from its precious, and much-loved, IP.

And with that huge library, it won’t be in the volume game for originals; rather, it will invest in premium content leveraging Disney franchises that tip the service into being a ‘must have’ platform.

Already we’re seeing that impact on the mainstreamers’ content strategies. We’ve seen Amazon moving away from investments into comedy pilots, concentrating instead on fewer big budget originals such as the incoming Lord of the Rings series. Meanwhile, Netflix is building its ‘local’ international business, developing content with global appeal in priority growth markets (see Dark).

Unquestionably, there’s room in the market for Disney’s services alongside Netflix and Amazon…therefore, the biggest disruption from the platform’s launch will be in the business Disney is moving away from. Inevitably, faced with unprecedented choice, consumers will increasingly question their existing cable and satellite subscriptions: cords will be finally cut.

An edited version of this article first appeared on Broadcast Now.