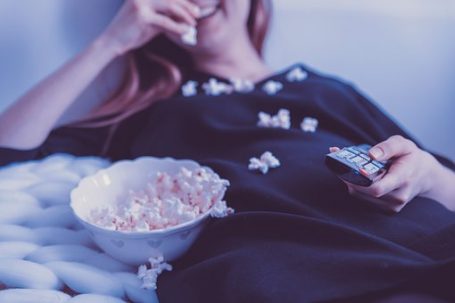 2017 was an explosive year for online video content. In just 12 months, Netflix released over 200 new originals and both YouTube and Hulu launched live TV services.

Despite an overwhelming increase in original shows and movies across all services, it’s never been easier for audiences to get content when they want it, where they want it. Although more than 50 percent of all video consumed is viewed on a mobile device, the average U.S. consumer still racks up more than 170 minutes of TV time per day.

Rapid growth within the streaming landscape has created a crowded and competitive market, with providers fighting it out to bring the best service to customers. So how will the major players compete in 2018?

Providers know that in order to get eyeballs on content, they must service audiences on all devices and platforms. While most cater to convenience, less leverage context.

Device- or context-specific recommendations are just one example of this. Knowing that a user is commuting to work with only their iPhone provides an opportunity for a service to recommend them content with an optimal duration or from a specific genre (e.g., news). This time could be used to serve them trailers from upcoming shows or offer a moment to curate a future watch list. Where users might otherwise reach for Twitter or Instagram to fill time, suddenly a context-aware Netflix can fill that gap more effortlessly.

In the home, an implicit awareness of who is in the room along with their taste profile can ease the friction of joint or social viewing, such as recommending a Saturday night movie based on, not one, but several user profiles.

Watching television has traditionally been a social experience, however, the convenience of streaming and the rise of individual devices has led to a significant decrease in co-viewing. In a recent study, Nielsen found that just 34 percent of people watched OTT programming with another person, and in 70 percent of those cases, co-viewing involved just one other person.

With some suggesting that joint-viewing actually increases engagement in programming and advertising, it seems that the providers may have dramatically undervalued its importance.

We’ll likely never get back to the days where the entire family would huddle around the television set to watch the 6 o’clock news, but in 2018, streaming services will need to revisit the co-viewing experience and seek out new ways to create an emotional connection between those watching content together—whether they’re in the same room or not.

The idea of interactive TV shows is one that existed long before the rise of online content, but 2017 saw many of the top streaming services double down on their efforts. Netflix launched two new kids shows that featured choose-your-own-adventure style story branching while HBO announced the launch of a murder mystery series with a companion app that allows viewers to explore the narrative of the series.

When done correctly, interactive content is an effective way to increase viewer engagement. By providing a more immersive experience, content creators hope that they can replicate some of the success found in games and give audiences a new reason to tune in.

Until recently, one of the main benefits of television as a device was its simplicity. However, the widespread adoption of smart TVs and the increasing availability of on-demand content presented audiences with new levels of friction; browsing became complicated, even on a mobile device or in the browser.

Creating an experience that balances live, on-demand short-form and long-form while providing a framework for interactivity and new ambitions in storytelling is no easy task. But as the market grows even more competitive in 2018, greater emphasis will be placed on building services that are simple and fluid, bringing back the glory days of lean-back viewing.

Hopefully 2018 will show that even in a growing market, there are still plenty of opportunities for both new and established streaming services to offer audiences a better experience.

Lee Simpson is head of television and entertainment at ustwo, the digital products studio behind hit game Monument Valley.

This article first appeared on AdWeek.